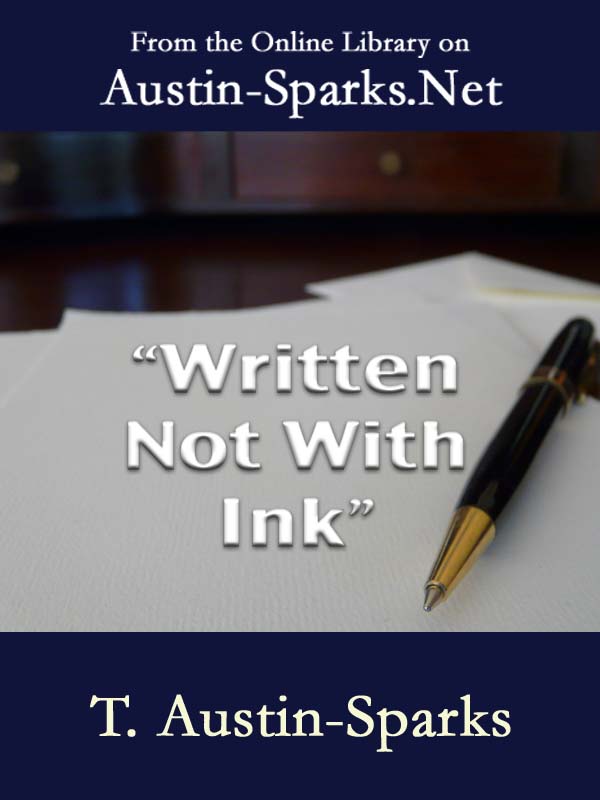 "Written Not With Ink"

These messages were given in 1957 by T. Austin-Sparks in Taiwan, sourced from a manuscript sent to us by Mr Herald Hsu. Chinese believers subsequently prepared transcripts from recordings of the meetings. It would appear that the audio recordings are no longer available. The spoken form has been retained, however, due to English not being the transcriber's first language the messages have required some editing to convert them into correct English. The editor has also added a book title, chapter titles, headings and italics, as these were not in the original transcripts.

Meeting 3 - The Effect of Living Epistles

Meeting 4 - Read and Known of All Men

Meeting 5 - The Holy Spirit as the Letter Writer

Meeting 6 - God Has Shined into Our Hearts

Meeting 15 - The Purpose of the Elect