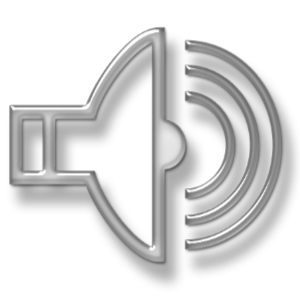 Chapter 3 - The Mind of Christ

Our subject, as most of you know, is the new creation in Christ Jesus. And we are following this subject through nine of the letters of the apostle Paul, from the letter to the Romans across these letters written for a particular purpose. That is, each letter has its particular purpose in being written. Paul did not write all these letters with the special object of speaking about the new creation. He did not write any one of them with that particular object. Each letter has another purpose. And yet Paul seemed to live in the Old Testament. Paul seemed to have a new creation mentality. He was always thinking back to the beginning and then making comparisons between the old creation and the new. This trait is in all his letters.

Let me remind you of this in the letters which we have already considered. In the letter to the Romans, chapter 5, he refers to sin entering into the world. He said, "As through one man, sin entered upon all men." You can clearly see that that takes you right back to the beginning of the book of Genesis.

Then when you go into the second letter to the Corinthians in chapter 4, do you remember what Paul said there? "God, who said 'Let there be light' has shined into our hearts to give the light of the knowledge of the glory of God in the face of Jesus Christ." That is a reference to the old creation, "God said 'let there be light.'" Now the new creation is that God has shined into our hearts. It is still the same God who gives light in the two creations.

And then we pass into the letter to the Galatians, and we remember Paul's words, "Neither circumcision nor uncircumcision availeth anything, but a new creation...". So Paul is thinking about two creations. This idea of a new creation is always in his mind.

You can see what Paul's mentality is. He is always thinking in the realm of the two creations. He compares them and then he shows their differences: what the old creation was, and what the new creation is.

So I think we have a good foundation for saying that these letters have something to say about the new creation.

Then we ask the next question:

What is the Mind of Christ?

And verse 6 tells us, "Who, being in the form of God counted it not a prize to be on an equality with God but emptied Himself, taking the form of a servant, being made in the likeness of men, and being found in the fashion of a man, He humbled Himself, becoming obedient unto death, yea, the death of the cross."

Now, there are two things in those verses. One is a reference to the old creation and the other to the new. Perhaps you cannot see how that is a reference to the old creation, but it gives us a picture of that which was the opposite to the mind of Christ. We have several scriptures which give us some information, the information is about satan before he became satan. Before his name was satan it was Lucifer and his full title was "Lucifer, Son of the Morning". And these scriptures tell us that he held a very high place in Heaven. He was one of the most important persons in Heaven. "The excellency of the knowledge of Christ Jesus, my Lord," so that the secret is found in chapter 1 and verse 21, "For me to live is Christ" - Christ had captured his heart. He has seen the value of Christ as of greater value than all that this world could give. That is the secret of everything. It is a matter of how we value Christ.

There is a story told of early British history when the Romans came to conquer Britain. The British had a great general, but the Roman general defeated him and then captured him. He was conquered and he was captured, but he was not inwardly surrendering. He had to be led away a captive, and he was taken into the camp of the Roman general and there he lived for some time. And he watched this general work, he watched how this Roman general lived, and slowly he came to like this Roman general. And instead of being a rebellious prisoner, he greatly admired the man who had conquered and captured him. And then the day came when the Roman general offered him his liberty, he told him he could go back to his people if he liked, but he said, "No, I don't want to go now. First of all you conquered me, and then you captured me, and now you have captivated me."

Well, you know, that's how it was with Paul. On the road to Damascus he was conquered and then he became the prisoner of Jesus Christ, and then he became so taken up with the Lord Jesus that nothing that all this world could give him would separate him from Jesus. He said, "For me to live is Christ. I have no other interest in being alive except Jesus Christ." You see, it is that that makes the new creation, and the people who have that mind are truly the new creation.

And I cannot close this without pointing out one other thing. This letter has come to be called "Paul's joy in Christ." And if you look at it you will see it was the most joyous letter that ever Paul wrote. Paul was just overflowing with joy when he thought about these Philippians and wrote to them. It is the letter of Paul's joy!

May the Lord make us like this! May we give heed to the exhortation, "Let this mind be in you which was also in Christ Jesus."